We’ve all heard it before.

Whether it was teachers and parents looking to slam us with the classic “8 glasses of water a day”, or an advertisement on television for the latest and greatest sports drink. Someone at some point in time was trying to beat this vital information into us. But why?

Was there a real reason? Or is it just a by-product of too many TV adverts?

Seriously though, if you’re sweating solid blue like that it might be time to consult with your physician.

So even if you’re not an athlete by any means, you’ve no doubt heard someone preaching the benefits of hydration. And a lot of different reasons come to mind as well, even if none are properly stated at the time.

But therein lies my job, to help provide a little insight into why you should stay hydrated in the form of a short read. I’ll just nail a few main points to get the message out there and link in some useful resources along the way.

Is Dehydration really that bad?

Again this is where I like to state the obvious (which I take pride in for some reason), and remind fellow readers that at some point or another we have been under the effects of dehydration. It’s not always at the most critical of times, nor is it usually anything to be afraid of, but that relies heavily on the conditions that we live in.

If you’re reading this right now, it means you most likely have access to the internet, right? Which means you’re probably amidst many other general amenities and privileges as part of the surrounding infrastructure. Water being one of the main ones, and easily accessed and consumed for many people.

But it’s not that way for everyone.

A few years back, the CDC reported that over 700 million people were without what is referred to as an “improved water source”. That’s a fancy way of saying “basic plumbing that we’ve taken for granted our whole lives”. Read more about it here.

So why bring it all up, you might ask. For starters I wanted to show people that many of us are lucky to be born and raised or just living where we are, with clean water and all the benefits that come with.

Next I want to quickly show the scale in which dehydration can affect you.

Yeah that is some scary stuff. And to think, many of us barely scratch the overall scale of negative effects.

Now let’s touch a bit on how it helps us. I mean, apart from preventing all the bad stuff ha ha.

Perform at your Best

Have you ever noticed when at the gym, as an example, that there’s always a portion of individuals lugging and chugging comically large containers of.. Water?

Speaking of which, check out some water bottles on Amazon, and get free Prime shipping!

Sometimes water, sometimes sport drinks, or supplements of some variety. 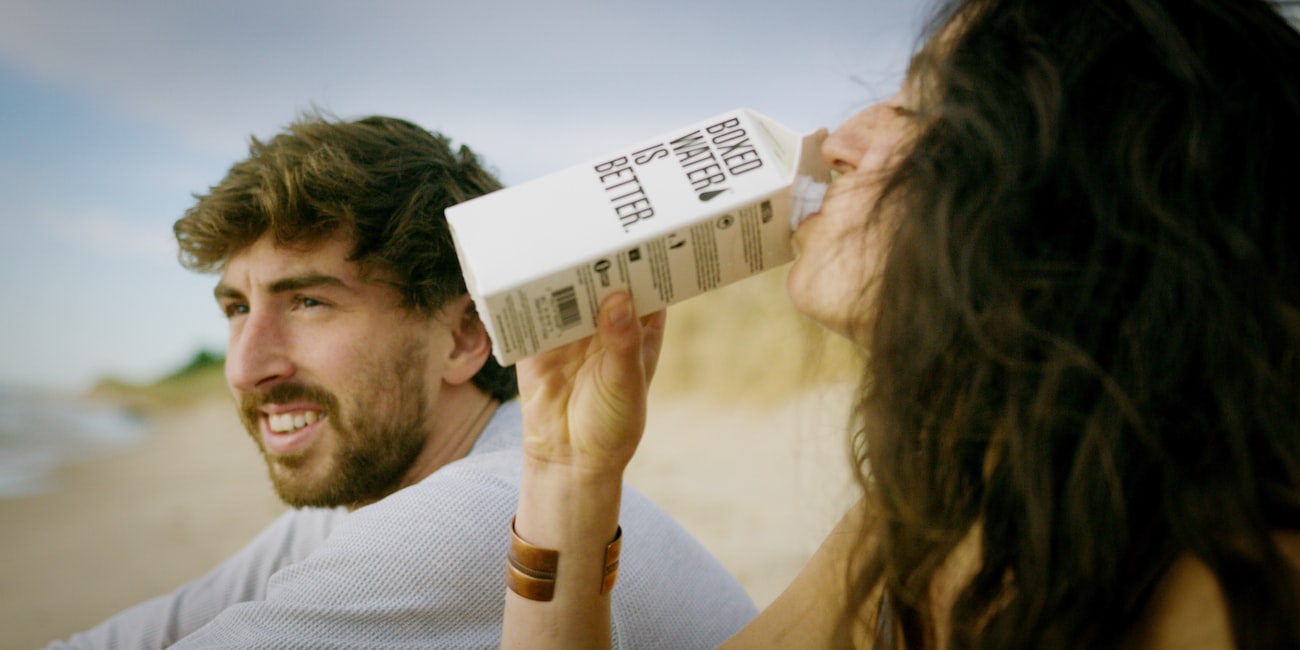 But the point is, these people are on the right track – future fitness champions, I might even say!

You see, the body is a lot more susceptible to dehydration than we often realize. Our overall performance drops relatively quickly and even further accelerated by various climate factors. It’s pretty easy to think “I’m just tired, must not have slept well” or “maybe it’s just one of those low energy days”.

But in reality, losing as little as a 2% of your body weight in water can lead do a major decrease in your overall output.

If fact, my inspiration to write this article (like many others) was simply from a recent session I had at the gym where I pushed it a little farther than I should. I thought I was staying hydrated, having down several liters of water that day, but doing multiple workouts per day while using supplements like Creatine can leave you out to dry.

One of the effects I noticed was a solid drop in my body temperature. Then some goosebumps all over, like I caught a chill or something. To be honest I was a little nervous, knowing it probably wasn’t the air conditioning suddenly doing twice the job during my evening cardio.

Just another wonderful sign that you must stay on top of the fluids!

Add that to the high heart rate, muscle fatigue, cramps, and overall loss in ability to focus and we have ourselves a winner.. Me!

So How Much Water is Enough?

The short answer is something like we used to hear growing up: 8 cups a day, which comes to 2 liters altogether.

But what if you sweat a lot? Perhaps due to an athletic lifestyle, medical condition, or otherwise?

See that is where it gets a tad trickier, but never overly complicated. If you take the 8 cup rule and build off of that, dependent on your lifestyle of course, we can come up with an even better plan. I really like this page specifically of the previously linked WebMD article as it presents a simple plan if you’re to workout that day.

Not too bad eh? Again, depending on specific conditions you’re dealing with, it may be wise to adjust your amounts. But the important part is that you work hard to stay hydrated and not try to be a hero and skip the fountain on the way to the weights.

So I hope you were able to learn something from my ramblings today. Even if you just remember my annoying nagging while you rock the gym next, that’s enough of a win for me.

Bonus Tip: Water can help you sleep, too! Some people really love these “white noise” style of videos. I used to use them a lot, especially the sounds of rain videos. Some people just need that extra layer of sound to relax. Check it out!

At the end of the day, it’s all about coming out of there stronger than before.

What does water do for you? That’s right: It makes you stronger!

2 thoughts on “Is Water Good for You? – A simple breakdown of why you need it!”

About The Quest For Fitness

Scroll back to top